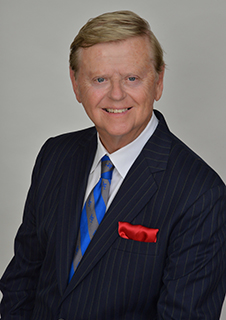 A Boston native, Frederic N. Halström is one of the finest personal injury attorneys in America. He is cited in an independent study by Harvard University law professors as one of the “Best Lawyers in America” in Personal Injury Litigation and as a “Super Lawyer” of Massachusetts and New England. Mr. Halström’s law firm represents personal injury clients throughout the United States who have been victims of automobile accidents, medical malpractice, medical birth trauma, sexual abuse, product design or defects, and other forms of negligence. Mr. Halström also represents clients in insurance, aviation, and admiralty law. Halström Law works for the people, not for corporations, and our clients are families – working men and women who have been wronged by others. With an excellent record of large settlements and judgments, Mr. Halström is ready to litigate your case aggressively and successfully.

Mr. Halström was educated at some of the most prestigious educational institutions in America. Raised in South Boston and West Roxbury, he attended Boston College High School and graduated from Mt. St. Charles academy of Woonsocket, Rhode Island. He did his undergraduate work at Northeastern University, the United States Air Force Academy, and Georgetown University, where he earned his A.B. degree. Attorney Halström then attended Boston College’s prestigious law school, where he earned his Juris Doctorate (J.D.). He is 25+ years AV  rated by Martindale-Hubbell.  Because he is committed to higher education, Mr. Halström provides financial and professional support to students at the United States Air Force Academy, Georgetown University, and Boston College Law.  He has established the Halstrom Family Scholarship at Georgetown. He yearly sponsors the Frederic N. Halström National Moot Court Team at Boston College Law School. The Frederic N. Halström Oral Advocacy Award is awarded annually at the Boston College Law School Graduation to the top oral advocate in the graduating class. The award includes financial stipend from the scholars at the law school funded by Mr. Halström. He is a member of the Sabre Society for the Association of Graduates of the US Air Force Academy. He has written many articles in national legal publications and has presented many papers and lectures both nationally and internationally. He has appeared Pro Hac Vice in Federal District courts in Georgia and New Hampshire, the Georgia Supreme Court, and New Hampshire Superior Court. He also appeared by deposition internationally in the United Kingdom, Germany, Italy, and Greece. He is frequently interviewed by press and electronic media. 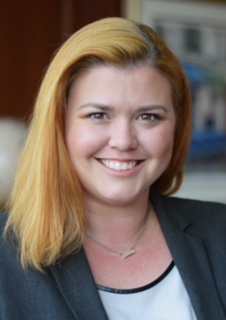 Ms. Halström is a zealous advocate for her clients, drawing on her unique legal and non-traditional experience to serve her clients.

Attorney Halström is a graduate of New England Law | Boston where she graduated Magna Cum Laude and number two in her class. While pursuing her law degree, Attorney Halström served as a Judicial Intern to the Honorable Robert J. Cordy at the Massachusetts Supreme Judicial Court for a semester where she was able to gain valuable experience in viewing cases as the judiciary does. Additionally, Ms. Halström spent a summer studying law at the Charles University in Prague where she had the opportunity to take a course in the History of the U.S. Supreme Court taught by U.S. Supreme Court Chief Justice John Roberts.

In 2019 Attorney Ingrid Halström was selected by her peers for inclusion in The Best Lawyers in America in the field of Medical Malpractice Law – Plaintiffs. Ms. Halström was also been recognized in 2019 as a Top 40 Trial Lawyer Under the Age of 40 by the National Trial Lawyers, a limited invitation extended exclusively to lawyers under the age of 40 in each State that embody the highest standard of trial advocacy and leadership.

Attorney Halström is admitted to practice in the Commonwealth of Massachusetts and the State of Rhode Island. She practices in the areas of personal injury, medical malpractice, birth trauma, birth injury, nursing home abuse, products liability, motor vehicle accidents, and premises liability.

Attorney Halström received numerous awards during her law school education including the CALI Excellence for the Future Award in Torts, Contracts, Clinical Evidence, Administrative Law, and Business Organizations. Ms. Halström received the New England Scholar Award and was on the Dean’s List every semester she was in law school. Throughout law school Ms. Halström received scholarships for Academic Achievement ($25,000 per year) as well as the Trustee’s Scholarship (one half tuition). At graduation, Ms. Halström received a Service Award in recognition of significant dedication and service to the law school. In her final year of law school, Ms. Halström was selected to represent the school and compete with a partner in the 42nd Annual AIPLA Giles Sutherland Rich Memorial Moot Court Competition in intellectual property and patent law.

Prior to joining Halström Law Offices as an attorney, Ms. Halström was the office manager for Halström Law Offices for six years after leaving her pre-law career as a veterinary technician. She is a member of the American Association for Justice, the Massachusetts Academy of Trial Attorneys, the Western Trial Lawyers Association, and the Phi Alpha Delta Legal Fraternity.

Attorney Halström is active in the Trial Lawyer community, both locally and nationally, to ensure that she is up to date on current and cutting edge trial techniques to benefit her clients. Attorney Halström has been an invited speaker at multiple conferences and has helped educate other Trial Attorneys about wrongful birth cases, genetic counseling, and proving partial loss of earning capacity.

During her undergraduate education in pre-veterinary medicine at the University of New Hampshire – Durham, Ms. Halström was a member of the Alpha Chi Omega sorority. When not practicing law, Ms. Halström enjoys skiing, swimming, scuba diving, hiking, traveling, and hanging out with her golden retriever Abbey (who also comes into the office with her).

Michelle Hubbard is a member of high profile criminal defense teams, litigator to  celebrity clients, and owner of a Boston-based private criminal defense firm, who  has a record of outstanding results in trial courts across Massachusetts.

Ms. Hubbard was awarded her Juris Doctor degree with Honors. As a law student,  she was the recipient of the Excellence for the Future Award. Ms. Hubbard  completed her final year of law school as a visiting student in Washington, DC at  Georgetown Law.

Ms. Hubbard contributed to sexual assault, murder and various other criminal cases as a former employee of the Massachusetts Middlesex District Attorney’s Office. As a 3:03 prosecutor, Ms. Hubbard gained experience in criminal court early in her career. Ms. Hubbard litigated for and represented entertainers and athletes in television, radio, film, and sports contract matters, as well as negotiated for business, sports, and entertainment deals while living in Los Angeles and Las Vegas. Ms. Hubbard returned to Boston to join high profile criminal defense teams and to open a private criminal defense firm in downtown Boston. 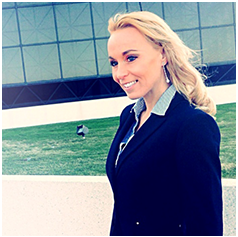 Erica C. Mirabella is a 2009 graduate of the University of Virginia School of Law. While pursuing her law degree, Ms. Mirabella interned with the Insurance and Financial Services Division of the Massachusetts Office of the Attorney General, where she assisted with investigations and litigation related to unfair and deceptive trade practices and violations of consumer protection statutes. She earned her undergraduate degree in Corporate Finance and Accounting from Bentley University.

After graduating from law school, Ms. Mirabella served as Special Assistant Corporation Counsel for the City of Boston Law Department, where she advised City Departments on a wide variety of matters including public procurement, intellectual property, real estate, and contract issues. She represented the City in all stages litigation in the areas of civil rights, employment law, and personal injury.

Ms. Mirabella later practiced in the finance department of Brown Rudnick, where she represented banks, hedge funds and other institutional lenders in the structuring and documentation of complex financial transactions. She participated in major US bankruptcy cases, and assisted public and private clients in all stages of development, including formation, mergers and acquisitions, securities law compliance, and public and private offerings.

Her current practice encompasses complex litigation in the areas of consumer protection, products liability, and securities class actions. Ms. Mirabella also focuses her practice on civil asset forfeiture matters and has recovered hundreds of thousands of dollars on behalf of clients who have had funds seized by law enforcement agents. In addition, she represents individuals and businesses in general civil and commercial disputes. 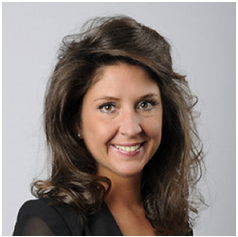 Geoffrey G. Nathan is a nationally recognized, major crimes criminal defense lawyer with over 20 years of experience in representing people accused of crimes in Massachusetts. A licensed attorney in the Commonwealth of Massachusetts since 1988, Attorney Nathan is respected for his zealous advocacy and his level-headed approach to defense, and he is a virtual fixture in the Trial Court. Attorney Nathan has defended against the most difficult prosecutors in the United States – military prosecutors – and he and his criminal defense strategies are featured in a new book on war crimes defense, entitled “The Good Soldier on Trial.” He is available now to respond to your situation. 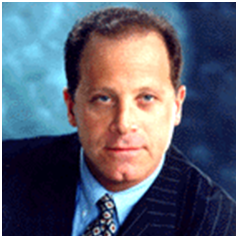 We look forward to helping with your case.