by Ingrid A. Halstrom, Esq. 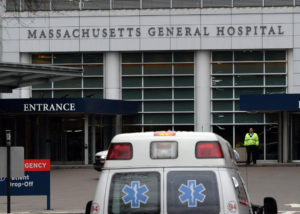 You don’t go to the hospital, especially a hospital with the prestige of Massachusetts General Hospital (MGH) and Brigham and Women’s Hospital (BWH) (both Partners teaching hospitals) and expect to worry about catching a potentially deadly bacterial infection. But according to a September 27, 2016 article by Consumer Reports, MGH and BWH ranked in the bottom 19 out of 229 large teaching hospitals for having an infection rate worse than the national benchmark. Consumer Reports defined large teaching hospitals as those with at least 500 beds and 200,000 patient days over the reporting period. Between October 2014 and September 2015, there were 298 C. diff. infections at MGH and 212 infections at BWH.

In fact, this is the second time that MGH and BWH have received a low score from Consumer Reports for C. diff. prevention; both hospitals received a low score when this measure was looked at in March 2016. According to Lisa McGiffert, director of Consumer Reports’ Safe Patient Project, “Teaching hospitals are supposed to be places where we identify the best practices and put them to work…but even they seem to be struggling against this infection.”

Dr. Tom Frieden, director of the Centers for Disease Control and Prevention (CDC) told Consumer Reports, “Far too many patients are getting infected with dangerous bacteria in healthcare settings.”

The Boston Herald’s  Lindsay Kalter reported the results of the Consumer Reports article on September 28, 2016. According the Herald article, MGH Chief of the Infection Control Unit Dr. David Hooper stated that the data used by Consumer Reports did not account for the cases of infection acquired before the patient arrives. Further, the Herald article attributed Dr. Debbie Yokoe, medical director for Infection Control at BWH with stating that the hospitals also use a sensitive C. diff. test, which can lead to an inflated number of cases.

What is C. diff.? A deadly infection. 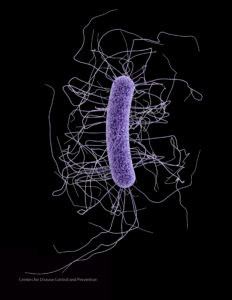 C. diff., otherwise known as clostridium difficile is a bacterium that causes inflammation to the colon in affected people and is classified as a hospital acquired infection by the Centers for Disease Control. Symptoms include watery diarrhea (at least three bowel movements per day for two or more day), fever, loss of appetite, nausea, and abdominal pain/tenderness. In 2011 almost half a million people had a C. diff. infection and 29,000 died within 30 days of initial diagnosis. Twenty percent of people infected with C. diff. have a recurrence of the disease.

Who is at risk? How is it spread?

People who have been prescribed antibiotics for prolonged periods for other medical conditions, especially broad-spectrum antibiotics, and the elderly are at a greater risk of acquiring C. diff

C. diff. spores are shed in fecal matter. People can become infected with C. diff. if they touch items or surfaces that are contaminated with feces and then touch their mouths or mucous membranes. Any surface, device, or material that becomes contaminated with feces may serve as a C. diff. contamination site. Examples include toilets, bath tubs, electronic rectal thermometers, or even surfaces such as bedrails and doorknobs. C. diff. spores can live for long periods of time, even weeks, on contaminated surfaces.

According to the CDC’s Patient Information page, patients mainly contract C. diff. via the hands of healthcare professionals who have touched a contaminated surface or item.

How can it be prevented? 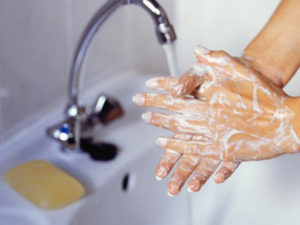 Hand-washing with soap for at least 40-60 seconds Image Credit: lipscomb.edu

What can you do?

How did other Mass. Hospitals measure up?

According to the Consumer Reports article, Lawrence General Hospital had the lowest rating for C. diff. prevention in Massachusetts.