Vacation Nightmare: Is Disney liable? In Massachusetts it would be.

Vacation Nightmare: Is Disney liable? In Massachusetts it would be.

By Ingrid A. Halström, Esq. 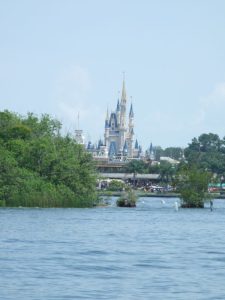 Last night, an alligator dragged a two-year old Nebraska boy visiting Walt Disney World with his family into an artificial lake at the Grand Floridian resort in Orlando, Florida. The attack occurred at about 9:15 pm on a beach of the Seven Seas Lagoon. The boy and his family were on the beach and the boy was partly in the water when the alligator grabbed him. The boy’s father attempted to rescue him from the alligator, but was unsuccessful. During the search for the boy, at least five alligators were removed from the lake, euthanized, and examined by the Police. A sign on the beach stated no swimming, but there was NO mention of alligators in the water. Swimming was allowed in the Seven Seas Lagoon when Walt Disney World first opened, but has since been not allowed. However, guests are allowed to rent motorized and non-motorized boats and go water skiing on the Seven Seas Lagoon.

The lake spans over 200 acres, is fourteen feet deep in some places, and feeds a series of canals that run throughout the Walt Disney World complex. There are signs on the beaches saying not to swim, but is that enough? Is Disney to blame for the loss of this little boy? What if Disney World was located in Massachusetts?

Landowners owe duties to people who are on their property to protect them from injury. The specific duty owed depends on a variety of factors including whether the person was on the property with an invitation, if the property was open to the public, etc. This area of the law is known as premises liability law, and it is a constantly changing and evolving area of the law both locally and nationwide.

In 1973, the Massachusetts Supreme Judicial Court redefined the duty that property owners owe to visitors to their property by abandoning the common law distinction between an invitee and a licensee, and creating a duty that “a landowner must act as a reasonable [person] in maintaining his property in a reasonably safe condition in view of all of the circumstances, including the likelihood of injuries to others, the seriousness of the injury, and the burden of avoiding the risk.” Mounsey v. Ellard, 363 Mass. 693, 708 (1973). However, a landowner is not obliged to provide a place of “maximum safety,” but rather only one that would be safe if the person entering the land uses minimum care as indicated by the circumstances. Toubiana v. Priestly, 402 Mass. 84, 88 (1988).

In Massachusetts, a property owner has a duty to use reasonable care to keep the premises in a reasonably safe condition for lawful visitors OR to warn of any danger/defect in the property that the visitor is not likely to know and of which the owner does or should know. Mounsey at 710; Oliveri v. MBTA, 363 Mass. 165, 167 (1973).

The question is whether it was foreseeable that a visitor might be injured because of a hidden defect or dangerous condition. This is generally a question of fact for a jury. Further, the amount of care that a landowner must exercise to be reasonable depends on the class of persons to whom the duty extends. For example, a landowner must consider that young schoolchildren are “predictably irresponsible” and the determination of the reasonableness of the landowners conduct must consider this. Scott v. Thompson, 5 Mass. App. Ct. 372, 375 (1977); Tryon v. Lowell, 29 Mass. App. Ct. 720, 722 (1991).

The courts of the Commonwealth of Massachusetts have stated many times that a landowner need not warn a visitor of a danger that he already knows about or where the danger is so obvious that a person of ordinary intelligence would readily recognize the danger and take steps to avoid it. Lemoine v. Springfield Hockey Ass’n, 307 Mass. 102, 104 (1940).

However, in 2013, the Massachusetts Supreme Judicial Court clarified that while a landowner does not need to warn of an open and obvious danger, a landowner still has a duty to remedy that danger if he created and maintained the danger with the knowledge that visitors would choose to encounter the danger despite the obvious risk of doing so. Dos Santos v. Coleta, 465 Mass. 148, 149 (2013).

If Disney World were in Massachusetts, they would be liable for the tragic loss of this two-year-old Nebraskan boy. Alligators are present in bodies of water throughout Florida. In 2015 there were three deaths attributed to alligators throughout the state. Further, there had already been one fatal attack by an alligator earlier this month in Florida prior to last night’s tragedy. Floridians visiting the park would likely understand the threat of alligator presence in standing water. However, what may be obvious to a Floridian would not necessarily be obvious to a visitor from out of state or other countries. There are certainly no alligators in Nebraska. 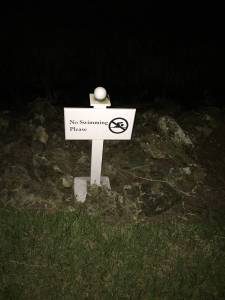 Disney’s problem is compounded by the fact that the sign on the beach simply said no swimming. It made no mention of alligators being in the water (unlike a sign at a neighboring resort, as reported by TMZ). In fact, Disney encourages visitors to be near the Seven Seas Lagoon: a multitude of different motorized and non-motorized boats can be rented and used around the lake, visitors can water ski and fish on the lake, and there are multiple beaches abutting the lake at each of the three surrounding Disney hotels (Disney’s Grand Floridian Resort and Spa, Disney’s Polynesian Village Resort, and Disney’s Contemporary Resort).

Disney World is a magical kingdom for the over 52 million people who visit the theme park annually from around the world. Visitors would certainly not assume that a land designed for children would be harboring such a dangerous inhabitant in the waters surrounding the park. Of course, alligators are animals and move around; likely, the alligator went into this lake from a different location. However, with more than five alligators in this one stretch of water alone, the long history of alligators in Florida, and the fact that many visitors would be ignorant of the fact that danger lurks within those waters, in Massachusetts, Disney would have a duty to warn of the condition and to make it safe. Disney would be liable.

Halström Law Offices has a long history of successfully handling cases involving premises liability. If you have any questions and wish to speak to one of our attorneys about a premises liability case or an injury suffered on another person’s property, please fill out a contact form, send an e-mail to office@halstrom.com, or call us at (617) 262-1060. There are many time requirements that begin running when you are injured, so do not delay in contacting us about your potential case.

About Ingrid A. Halstrom

NOTICE: This blog is not intended to provide legal advice nor is it a substitute for the advice of competent counsel based on the specific circumstances of an individual case.